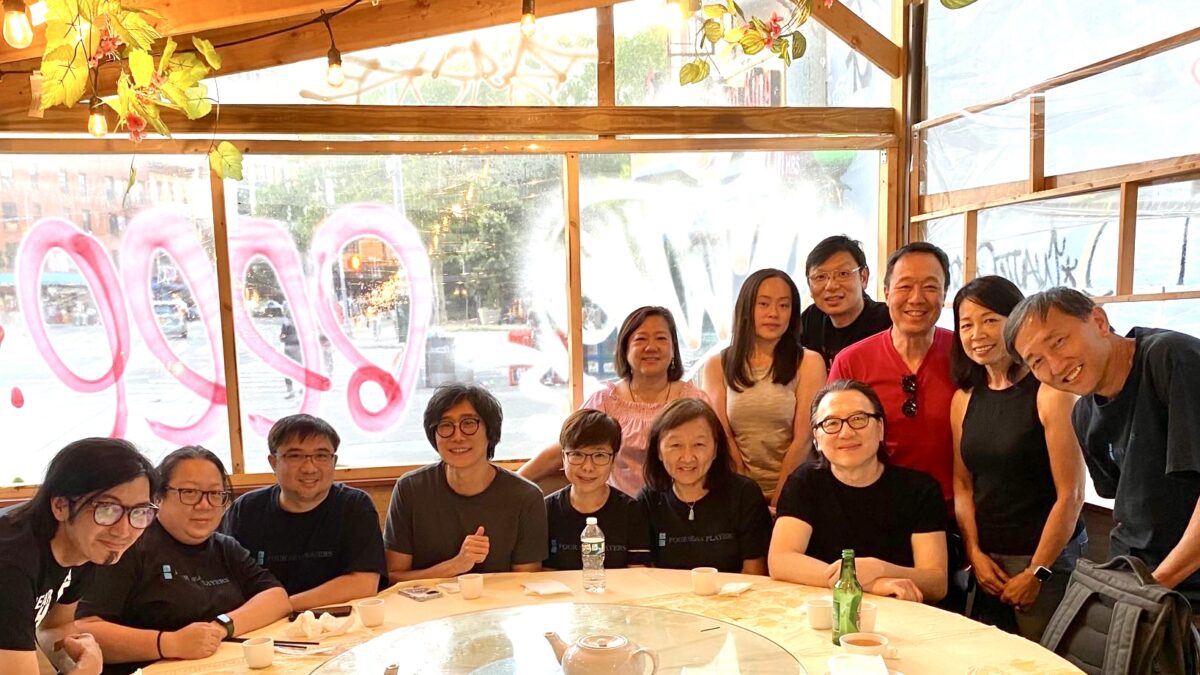 Enjoy Myself Tonight curtain closed. Thank you for your support!!

齊齊笑餐死，包你有驚喜
An evening of laughter and amazements 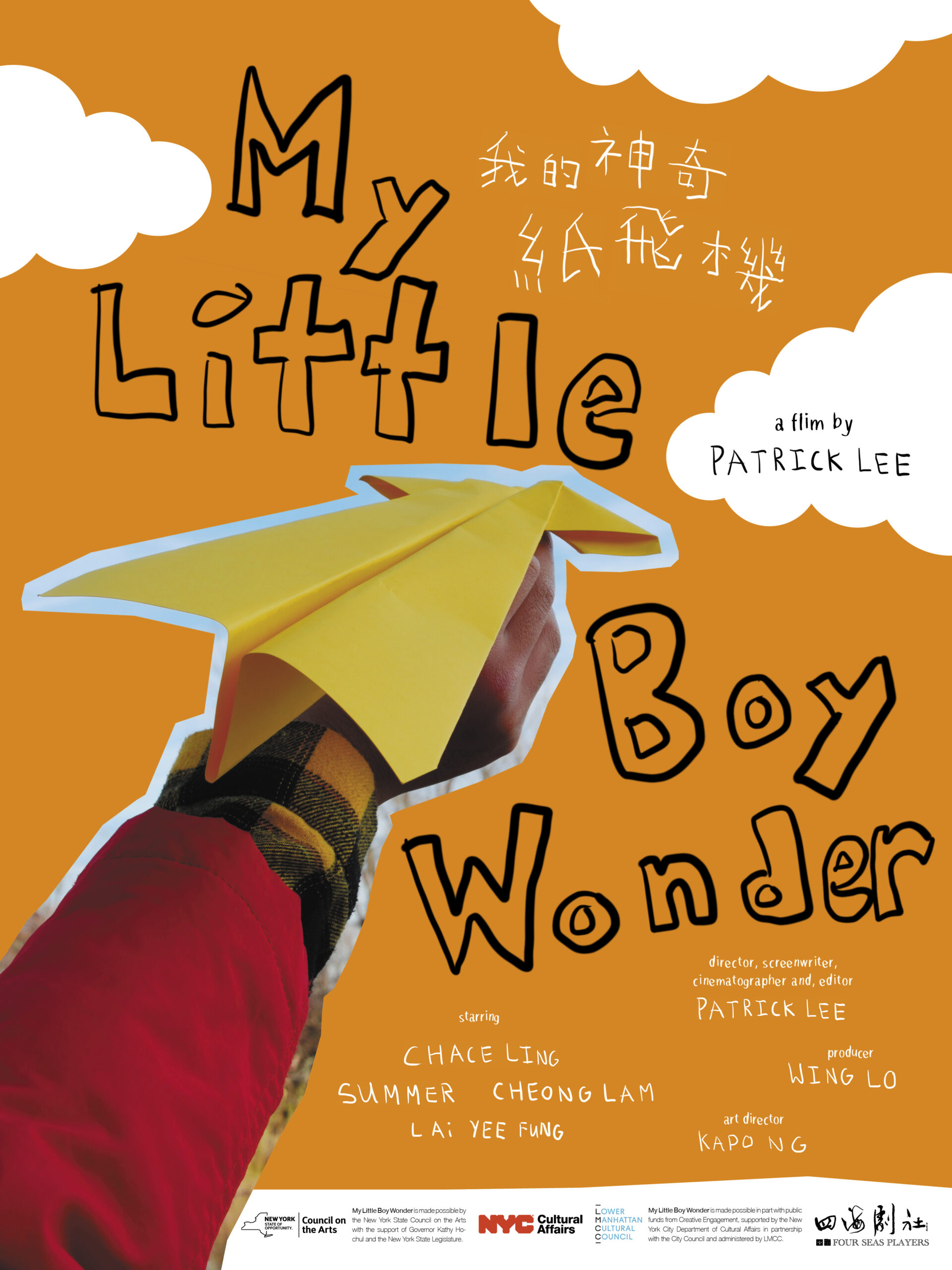 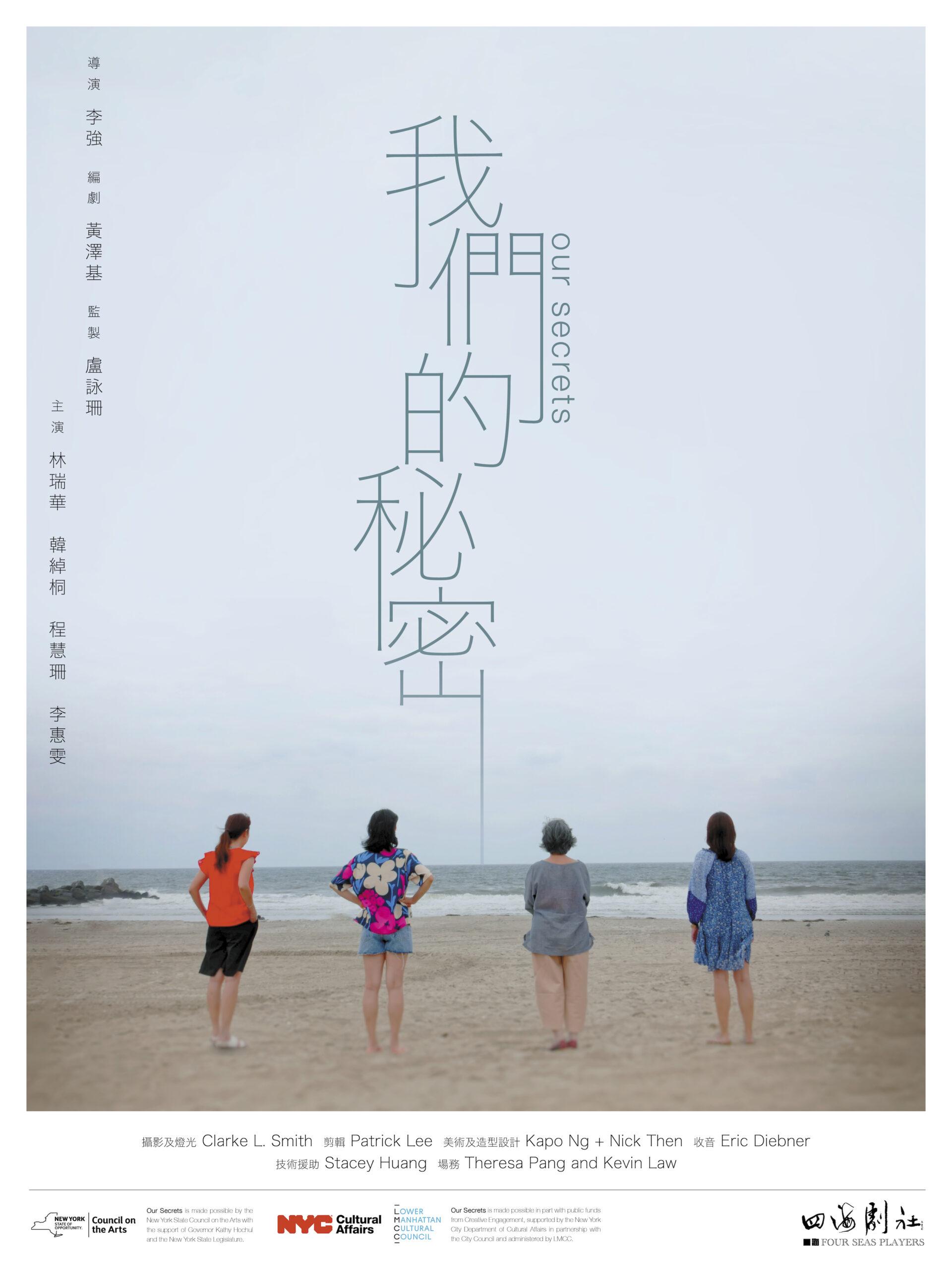 [New York/NY] – FOUR SEAS PLAYERS announced today a grant award from the New York State Council on the Arts (NYSCA) to support the recovery of the nonprofit arts and culture sector. Following New York State’s $105 million investment in the arts for FY2022, NYSCA has awarded more than $80 million since June 2021.

𝐆𝐨𝐯𝐞𝐫𝐧𝐨𝐫 𝐊𝐚𝐭𝐡𝐲 𝐇𝐨𝐜𝐡𝐮𝐥 𝐐𝐮𝐨𝐭𝐞: “The arts have long been a critical sector in our economy, and as we continue to rebuild a stronger New York, it’s essential we do all we can help this industry thrive once again,” 𝐆𝐨𝐯𝐞𝐫𝐧𝐨𝐫 𝐇𝐨𝐜𝐡𝐮𝐥 𝐬𝐚𝐢𝐝. “These awardees represent the best of what New York’s vibrant communities have to offer and with this funding in hand, they will be able to not only continue their creative and inspiring work, but help spur revitalization in their own backyard as well.”

𝐌𝐚𝐫𝐚 𝐌𝐚𝐧𝐮𝐬 𝐐𝐮𝐨𝐭𝐞: “NYSCA applauds Governor Kathy Hochul and the New York State Legislature for their responsive investment of $105 million for the nonprofit arts and culture sector. 2022 will continue to bring change and FOUR SEAS PLAYERS will play a vital role in the renewal of our state’s economy and creative ecosystem,” 𝐬𝐚𝐢𝐝 𝐌𝐚𝐫𝐚 𝐌𝐚𝐧𝐮𝐬, 𝐄𝐱𝐞𝐜𝐮𝐭𝐢𝐯𝐞 𝐃𝐢𝐫𝐞𝐜𝐭𝐨𝐫, 𝐍𝐘𝐒𝐂𝐀. “On behalf of the entire NYSCA Team, we wish to extend our sincere congratulations on your award.”

𝐅𝐨𝐮𝐫 𝐒𝐞𝐚𝐬 𝐏𝐥𝐚𝐲𝐞𝐫𝐬 was founded as a community based creative outlet in New York City’s Chinatown. In its 52nd year, The Players is the only Cantonese-speaking theater group in the city, and one of the few in the country, whose mission is to produce new stage work in Chinese and English and to introduce new generations to the cultural classics from the past. The Players’ collaborative, resourceful style has become its signature trademarks. The productions have received local accolades, have a loyal audience and encourage a sense of community. Just as the outreach is vital, The Players provide a nurturing, constructive environment for artists, actors and designers to hone their craft, and for some an opportunity to dabble in the arts.

Due to the ongoing pandemic, the new play “Our Secrets” (originally scheduled to be staged this year) has been cancelled. The playwright and director Jackie Huang condensed the stage play into a screenplay, with multiple Emmy Award winner Patrick Lee serving as the film director, and also invited seasoned cinematographer Clarke Smith to take charge of cinematography. The cast members include Francois Lam, Amanda Hon, Tammy Ching, and Vivian Li. 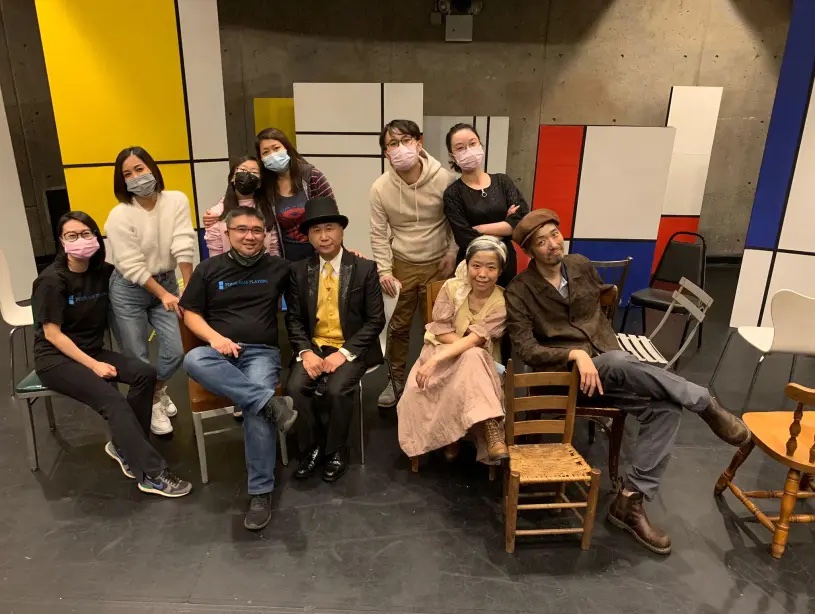 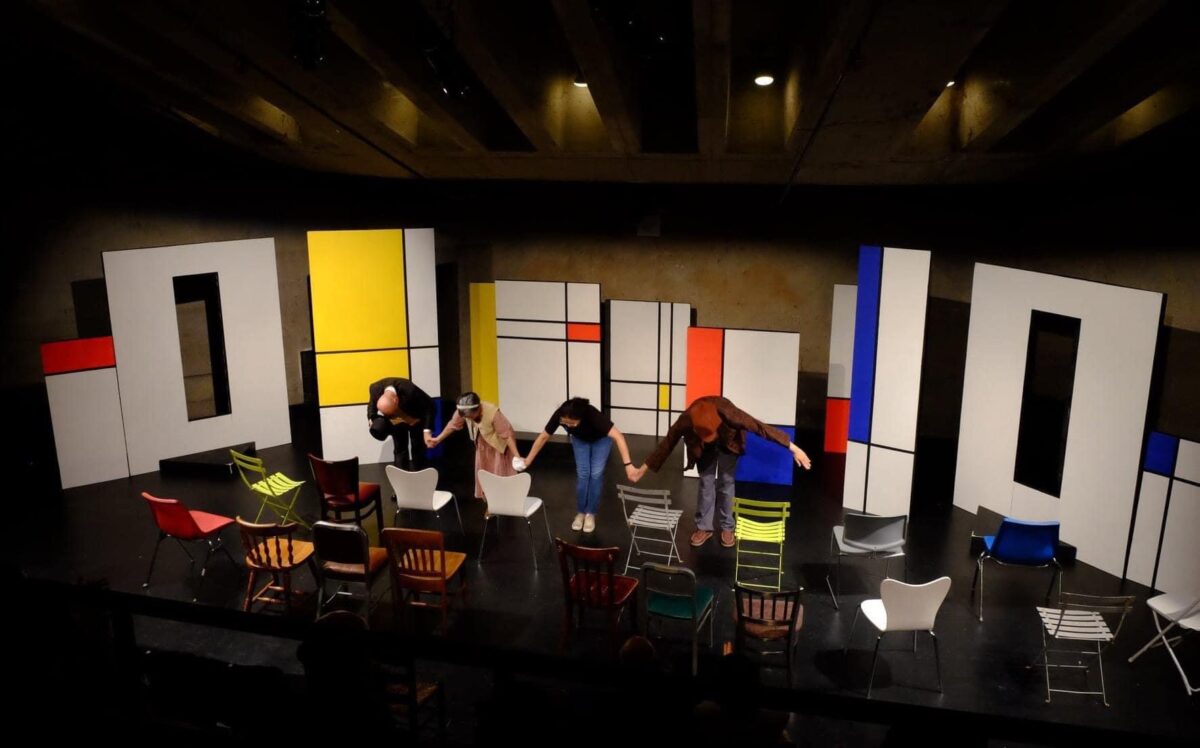 The Chairs curtain closed. Thank you for your support!! 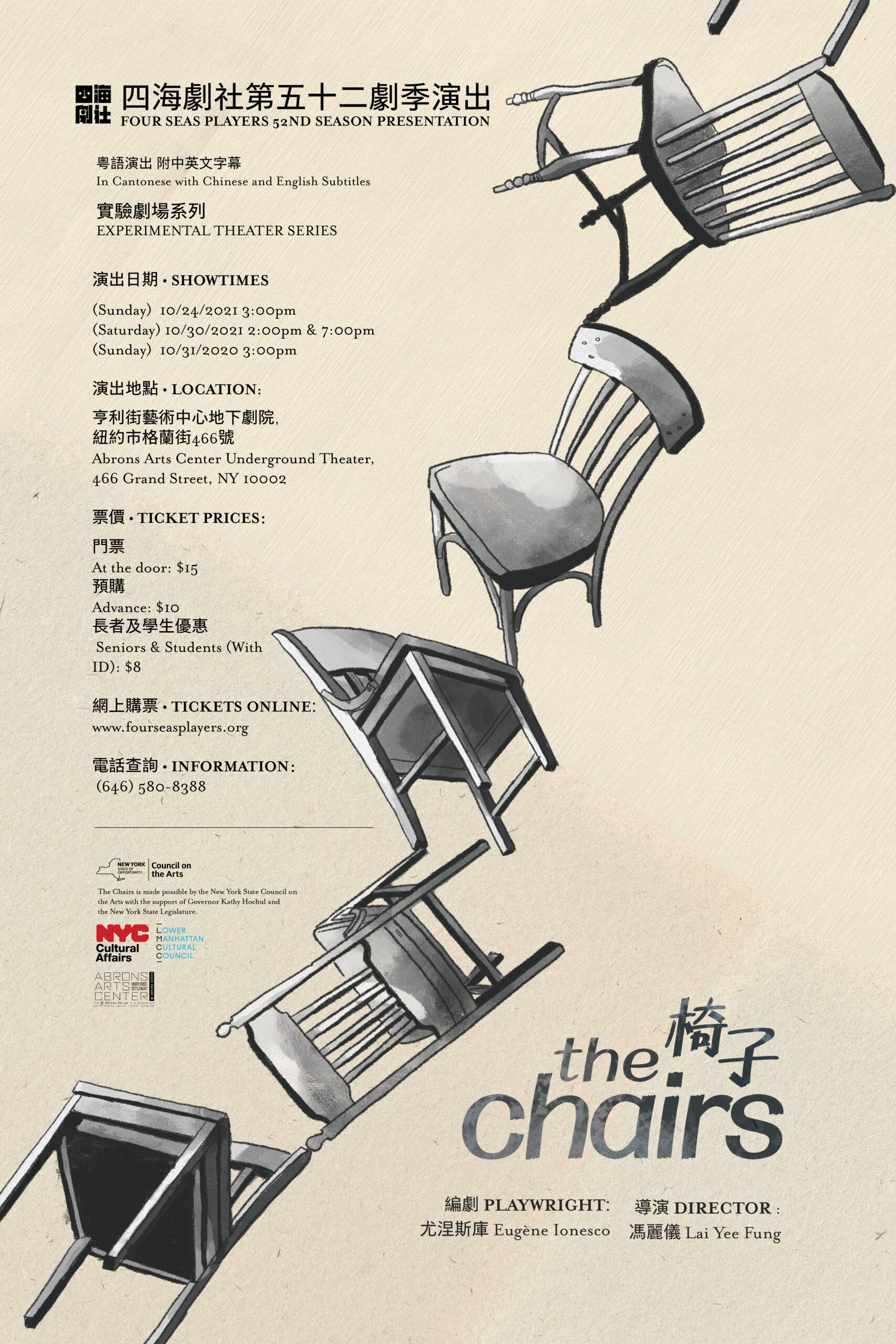 一對年屆九十多歲的夫婦，在他們處於孤島上的家中邀請了各式人等前來聆聽一個重要演說，準備迎接客人到來。老先生説那個訊息可以拯救人類，是他深切體會到生命意義的成果。很多客人陸續到來坐滿了所有椅子，擠滿了整間房子。老先生宣佈一位專業演說家也會到来。經過一番等待，演說家最後出現了……究竟那會是一個怎麽樣的訊息? 《椅子》是一齣悲鬧劇， 幽默地將現實與幻想結合，老夫婦的處境令人分不出真偽，但人生很多境況又何嘗不是?
An elderly couple at their home on a deserted island. They are preparing to welcome their guests who have come to listen to a speech given by an esteemed speaker. The Old Man resolves to convey his wisdom to a lifetime of friends and believes can save mankind with this information. With anticipation building for the exciting news, the house gets crowded and are overflowing with eagers listeners. Some of the guests even have to stand just to get a place to hear the impending omnipotent news. The old man also announces that an orator will be joining, who arrives after much anticipation. The Chairs humorously blurs the line between fantasy and hallucination, as the couple’s diversion becomes their reality.

粵語演出附中英文字幕
Performed in Cantonese with Chinese and English Subtitles

Due to the pandemic our 50th Anniversary production of Spring Fever Hotel has been cancelled.